Working alongside a well-balanced curriculum, students will receive a quality education in preparation for their career and the opportunity to truly immerse in the North American academic life at its highest level while embracing what Canada uniquely offers – its world-class nature and multiculturalism.

The faculty members are dedicated scholars, holding doctoral degrees in their respective fields of study. They are proficient bilingual Korean-Canadians; some are native Canadians. Each year, a few influential leaders from various denominations, prominent experts from special fields of study, and eminent scholars also join the faculty as visiting professors.

Thanks to their high quality of teaching and research, students can study the North American theology from a reformed, practical, and evangelical tradition with a long, rich history, while maintaining their conservative faith of the Korean tradition; consequently, they can grow into capable spiritual leaders with an international outlook. 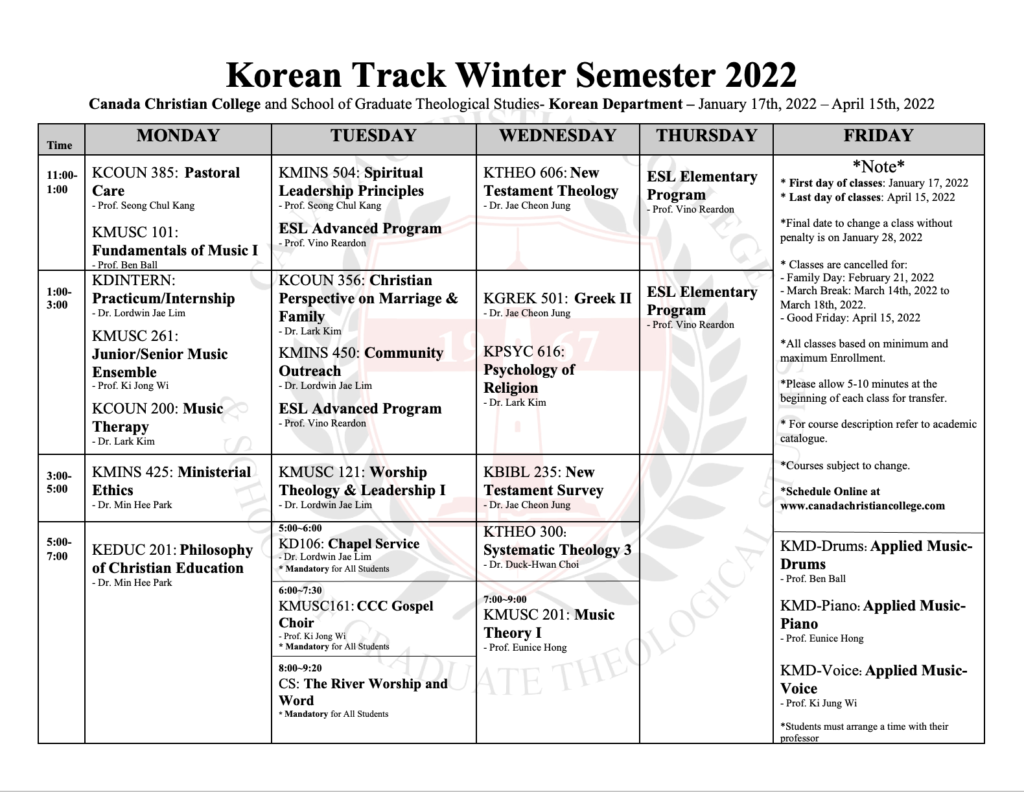